Week in Insights: This One’s Going to Be a Scorcher

Temperatures are expected to hit 97 degrees Fahrenheit in Pennsylvania this weekend. Even for this former southerner, that’s hot. My grandmother would say it’s “hotter than blue blazes.”

It may be similarly sizzling where you are—more than 100 million people in the mainland US are currently under heat alerts. And about 60 million Americans in at least 16 states are expected to hit triple-digit highs, with a half-dozen additional states reaching the high 90s as the month goes on.

My good friend who lives near Dallas regularly jokes that she “lives on the sun,” but even folks in Texas are sweltering, with temps hitting 115 degrees a few days ago.

And, of course, the heat isn’t just impacting the US. Parts of France, Germany, and Central Europe experienced record highs that exacerbated wildfires. Posts on Twitter showed how serious it was as trains traveled through some of the areas.

Train passengers experienced “moments of panic” as they traveled past raging wildfires near Sanabria, Spain, on Monday.https://t.co/gwZsSOSmYH pic.twitter.com/SGgYtEXGxk

In London, our colleagues reported that parts of the city were on fire. London Mayor Sadiq Khan confirmed to the BBC that Tuesday was the fire service’s busiest day since World War II. An estimated 2,600 calls were made to the London Fire Brigade—the daily average is 350.

It can be easy to dismiss the heat as a mere inconvenience, but the fallout can be serious. So, I hope that you’re staying cool. For those of you not used to the heat, the CDC has a few valuable tips. They recommend scheduling your outdoor activities carefully—something we’re practicing for sure. My daughter and I have been getting up extra early this summer to run, and we’ve been pacing ourselves.

Finally, the CDC recommends staying in air conditioning when you can. When we lived in Philadelphia, our old house didn’t have air conditioning, so when it got hot, the kids and I took the train to the library or museum—cool and educational.

The overarching theme is to try to take it easy. It’s a good week to stay inside as much as possible, and maybe catch up on some tax reading or a recent podcast. This is one way we can help. This week, as always, our experts offer great commentary and insightful analysis on federal, state, and international tax issues.

Thankfully, this weather won’t last forever, and the heat will eventually diminish. In the meantime, stay safe, and drop us a note on social to let us know how you’re beating the heat. 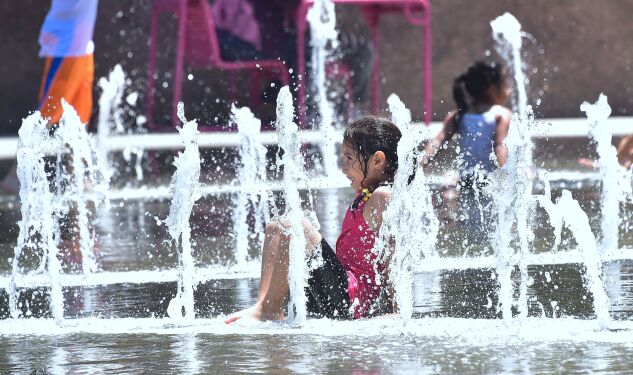 A child cools off at the Grand Park splash pad in downtown Los Angeles, Calif. on June 19, 2017.

California’s 13.5% effective tax rate is one of the highest in the country. Some consider it a trade-off in exchange for months of beautiful weather—jokingly referred to as the sunshine tax. According to a recent Tax Foundation study, only four states have higher rates. One of those states is also known for its abundant sunshine—which state is it?
Answer at the bottom.

Our experts touched on a wide range of topics, from passthrough entities to New York residency requirements. For a look at what’s making news, here’s our roundup.

A pass-through entity tax deduction can significantly impact a merger and acquisition. Tony Israels, Jennifer Keegan, and Mike Monaghan of Plante Moran explain how a PTET election can change the math when assessing the value of an M&A transaction.

New York taxes residents on all their income, while non-residents are subject to tax only on New York-sourced income. If owning a vacation home makes you a resident, you could pay New York a lot more taxes than anticipated, say Marcum LLP’s Barry Halpern and Lisa Haime.

Most decisions issued by the California Office of Tax Appeals involve small dollars, but these decisions can still shape precedent. Appeal of R. Sheward, for example, addresses the Franchise Tax Board’s legal authority to assess tax on unreported income based on an estimate of income and its unwillingness to follow its own regulations, says Eric J. Coffill of Eversheds Sutherland.

The Sunshine State has become an attractive place to live—not just for the tropical weather but also for its tax advantages. On the heels of business and wealth migration to Florida, Bruce Katzen of Kluger, Kaplan, Silverman, Katzen & Levine has seen a massive uptick in demand for probate litigation.

Robert Marchant of Crowe discusses how changes in the value-added tax regime are altering many UK businesses’ approach to dealing with compliance and considers the shift in focus in a new landscape.

The OECD and the Inclusive Framework are finalizing Pillar One Amount B. Kroll managing director Philippe G. Penelle takes a closer look at Chapter 9 of the OECD’s Transfer Pricing Guidelines for Multinational Enterprises and Tax Administrations, the economics of Amount B, and the application of Article 9. Key to the discussion is the impact on the commercial or financial relationship between a controlled manufacturer and a limited-risk distributor and tax planning considerations.

Monique van Herksen and Clive Jie-A-Joen of Simmons & Simmons highlight some of the key details of the new Dutch transfer pricing decree and their impact on financial transactions between related parties.

Higher taxes reduce disposable income, and an accelerating inflation rate may diminish a country’s ability to raise revenue from income taxes. In Canada, for instance, fighting inflation will be neither easy nor short, say tax professor Brigitte Alepin and economist Vito Tanzi.

The newest generation of tech-savvy professionals is loudly expressing its desires. The tax profession must listen and help make that connection, says EY’s Kate Barton.

It may be obvious, but you shouldn’t use funds from a nonprofit tax-exempt organization as a personal piggy bank. In this edition of “A Closer Look,” Berliner, Corcoran & Rowe LLP’s Keith Rosten looks at recent IRS scrutiny of excess-benefit cases for nonprofits, as well as private inurement.

At The Exchange, we welcome responses from our readers and encourage diversity and civil discussion. We are especially interested in responses that add to the conversation or introduce a different point of view. If you have a response to one of our published Insights, we’d love to hear from you.

I’ve fielded many questions from aspiring accountants and lawyers about career choices. One that comes up quite often is whether earning a tax LL.M. will give you an edge or make it easier to get a job. As with many things in the tax world, it depends—this week, I take a look at what to consider.

The July 8 news that the US was canceling a bilateral tax treaty with Hungary that has been in place since 1979 took a lot of people by surprise. While Treasury pointed to conditions in the treaty it said were unfavorable to the US, the announcement also came amid Hungary’s continued opposition at the European Union to the 15% minimum tax the Biden administration has championed.

On this week’s Talking Tax, Bloomberg Tax reporter Isabel Gottlieb talks with Sean Foley, the global head of KPMG’s transfer pricing dispute resolution network, about the implications of the treaty termination, including on dispute resolution and withholding taxes.

It’s been a busy week in tax news from state capitals to Washington. Here are some stories you might have missed from our Bloomberg Tax news team.
*Note: Your Bloomberg Tax login will be required to access Tax News.

Our Spotlight series highlights the careers and lives of tax professionals across the globe. This week’s Spotlight is on Sabrina James, a Maryland-based licensed tax preparer, accountant, and an advanced QuickBooks ProAdvisor.

According to a news release, Anne Gordon has been appointed the vice president for international tax policy at the National Foreign Trade Council.

Scott Hodge, the longtime president and CEO of the Tax Foundation, is stepping down to take a new role at the Washington, D.C.-based think tank, the group said.

Scott Clelland has joined PKF O’Connor Davies as a partner in the public sector practice in Cranford, N.J., the firm announced.

Jon Brose has joined Cadwalader, Wickersham & Taft LLP as a partner in its tax group in New York, the firm announced.

Angelique Neal has joined Dickinson Wright as of counsel in the Ann Arbor, Mich., office, the firm announced.

John Gilluly has been appointed the vice chair of the transactional practice at DLA Piper, where he will oversee the corporate, finance, private equity, real estate, and tax practices from the Austin office, the firm said.

If you are changing jobs or being promoted, let us know. You can email your submission to [email protected] for consideration.

If you have an industry-wide event, let us know. You can email your submission to [email protected] for consideration. 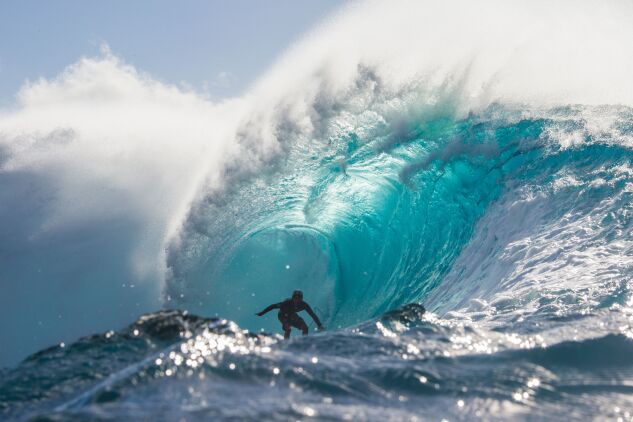 Japanese surfer Wakita Takayuki rides the barrel at the legendary Banzai Pipeline on the North shore of Oahu, Hawaii, on Jan. 22, 2018.

Of the four states with overall higher state and local tax rates than California—Vermont, Hawaii, Connecticut, and New York—the Aloha State is known for its spectacular weather.

Can We Ask a Favor?

We’re always trying to make your experience better, and we have a few questions to see how we’re doing. It will just take a few moments, and other than your responses, we don’t collect any data such as your email address. Click here to be taken to the survey. Thank you!

What Did You Think?

Your feedback and suggestions are important to us, so don’t hesitate to reach out on social or email me directly at [email protected]