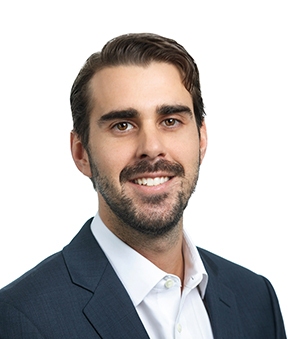 As an assignment, this one was unusual. Peter Johnson, a director in commercial brokerage firm Avison Young’s New York office, was asked if he would represent a retail space that doesn’t exist on any traditional map and can only be entered online.

Yes, of course, he said, jumping at a chance to find tenants for a 3D virtual world in the metaverse. In doing so, he snagged what’s being billed as the first metaverse leasing assignment by a major commercial brokerage firm.

It all started when he received a note a few months ago from Janine Yorio, co-founder and chief executive of metaverse real estate developer and owner Everyrealm, about being an exclusive leasing agent for Everyrealm’s six-floor, 364,000-square-foot MetaMall digital retail property in the fashion district of the online marketplace Decentraland.

Johnson views the assignment as akin to the promise of replicating real life experiences on the internet. For instance, think about the possibility of a user’s hologram avatar, having all the correct sizes, going into, say, a virtual Macy’s in the metaverse, shopping for a dress or shoes and having the physical goods shipped the next day — all while the person is at a computer at home or on the other side of the world.

“The possibilities and audiences are limitless,” said Johnson, who is director of Avison Young’s growth technology practice group in New York. “You don’t have to be in New York. You can be in any part of the world [and] will have the same experience.”

In nailing the virtual leasing assignment, Johnson has gotten into the habit of playing around in Decentraland for an hour or two at night. He scopes out the virtual world and studies who’s on what block, similar to the legwork he would do when helping to scout physical spaces for clients. Avison Young’s in-house design team also has created a marketing brochure for the Everyrealm property.

There’s one difference, however, to his strategy. Instead of approaching directors of real estate in the real world, he’s reaching out more to chief marketing officers of prospective metaverse tenants.

“Right now it’s probably just a branding and marketing play,” he said. It can become “an eventual play into leasing space and selling actual digital goods and physical goods on that same platform.”

So far, the reception has been “overwhelming,” he said.

“Everyone I didn’t think would be interested is reaching out,” he said. “The ‘M’ word is on everyone’s mind.”

What gave Johnson the belief that his foray into the metaverse would pay off can be traced back to another experience he had.

He recalled the dismay from his industry peers when he placed startups including Tomorrow Health and clothing retailer Naadam into short-term leases with flexible office space provider WeWork after he joined Avison Young in 2017, following a six-year stint with financial services firm Merrill Lynch.

“I was being called crazy. [Brokers] were afraid of WeWork taking our jobs. People weren’t open to flex office. No one had a flex team,” said Johnson. Five years later, “the largest landlords have a dedicated flexible office team. Every landlord has to entertain flex office. … That’s where we will be with metaverse. It’s a comparison that you can’t deny.”

Avison Young isn’t the only firm attempting to generate business from virtual real estate. For instance, Tokens.com, a publicly traded company that invests in cryptocurrency assets and businesses linked to the metaverse, has opened Tokens.com Tower in Decentraland’s Crypto Valley, where it’s working on signing agreements for digital advertising and event hosting.

“Avison Young is one of the few traditional commercial brokerage firms that understands metaverse real estate,” Everyrealm’s Yorio said in a statement in June. “It was a natural decision for us to work with them in leasing out the retail stores in our mall in Decentraland.”

Johnson was no stranger to Everyrealm. He previously helped the company sign its office lease in the real world at 335 Madison Ave. in midtown Manhattan. Everyrealm, which has invested in 25 metaverse projects and has developed more than 100 virtual properties, in February raised $60 million in Series A funding from an investor group led by venture capital firm a16z, co-founded by billionaire investor Marc Andreessen.

Another one of Everyrealm’s metaverse real estate projects is the Metajuku mall right across from MetaMall. At Metajuku, tenants include some online fashion labels as well as JPMorgan Chase’s Onyx Lounge interactive and informational space, billed as the first bank in the metaverse.

JPMorgan is just one of the many well-known brands that have embraced the metaverse. Fashion labels including Gucci and Nike, consumer electronics brand Samsung and auction house Sotheby’s are among others that have jumped on the metaverse bandwagon.

Retail chain Forever 21 entered the metaverse in December when it opened a virtual store on Roblox, a digital game popular with children. Users come into the multilevel digital store on a carpet with paparazzi taking photos and, once inside, their avatars can buy furniture, clothes and accessories, and try on makeup.

“It’s all about being early to the game,” Johnson said. Brands “are all in the race to attract and retain new customers. They are who we are going after. You see the massive names. It’s kind of the space race. They want to target a new demographic they haven’t been exposed to. This is the 13- to 20-year-old who’s the future customer. These brands are saying, ‘We don’t want to miss out.’”

Corporations and venture capital and private equity firms have already invested more than $120 billion in the metaverse in the first five months of this year, more than double the $57 billion invested in all of 2021, driven in large part by Microsoft’s planned acquisition of Call of Duty game developer Activision for $69 billion, according to a June report from consulting firm McKinsey & Co. Even though estimates of the potential economic value of the metaverse span a wide gamut, McKinsey says the space may generate up to $5 trillion in impact by 2030, which it says is equivalent to the size of the world’s third-largest economy today, Japan.

By sectors, the metaverse market’s impact on e-commerce alone could be between $2 trillion and $2.6 trillion by that time, followed by up to $270 billion on the academic virtual learning market. Virtual real estate has also been in the spotlight, according to the report, citing the example of an anonymous user reportedly paying $450,000 to purchase a plot of virtual land in The Sandbox, another metaverse game, next to rapper Snoop Dogg’s virtual residence, Snoopverse.

“The metaverse will likely infiltrate every sector in some way in the coming years, with the market opportunity estimated at over $1 trillion in yearly revenues,” according to a JPMorgan report published in January. “We see companies of all shapes and sizes entering the metaverse in different ways, including household names like Walmart, Nike, Gap, Verizon, Hulu, PwC, Adidas, Atari and others. Business leaders and boardrooms around the world are now asking themselves, ‘What is my metaverse strategy? What am I supposed to be doing in the metaverse? What is the metaverse anyway?’”

Growth promise aside, there are still many questions and challenges facing the metaverse, including even what the space means exactly. The JPMorgan report, for instance, notes “there is no singular, all-encompassing definition to which people can turn” when it comes to the metaverse. JPMorgan, for its part, describes it in the report as “a seamless convergence of our physical and digital lives, creating a unified, virtual community where we can work, play, relax, transact and socialize.”

McKinsey in its report advises brands to consider “what is necessary to strike the right balance between testing and learning” and says the market will likely “remain volatile in the near term.”

“It’s too early to tell” what will happen with the metaverse, Johnson said. “We don’t know where this is going to go.”

But he said the brands in the space speak for themselves, and it’s important that content is being created. Yorio told him it’s like investing in Manhattan real estate in the 18th century.